Charlotte, N.C. (19 January 2015)  With a driver roster that combines youth with race-winning experience as well as the common denominator of speed, Change Racing will look to make a strong start to the 2016 IMSA WeatherTech SportsCar Championship next weekend.

Change Racing, which is expanding on its successful Lamborghini Super Trofeo program with a full-season campaign in IMSA WeatherTech competition in 2016, has signed young Kaz Grala to the Rolex 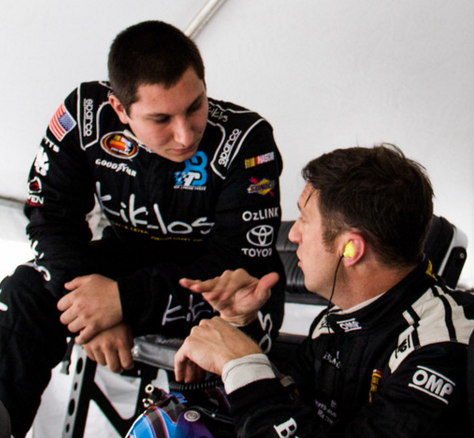 24 At Daytona driver line up after the 17-year old impressed in testing at Daytona International Speedway earlier this month.

Grala, who is the youngest driver entered in the 2016 edition of the fabled race, joins a lineup that includes Rolex 24 At Daytona winners Spencer Pumpelly (2006, 2011) and Justin Marks (2009 ) as well as Rolex 24 rookie Corey Lewis. The four American racers will share the driving duties in the No. 16 Change Racing Lamborghini Hurácan, which is making its North American competition debut at Daytona in the GTD (“GT-Daytona) class.

Grala has one previous race start at Daytona International Speedway’s 3.56-mile road course, having raced to fourth place in the Continental Tire SportsCar Championship event at the track in 2014.

“We made the decision to invite Kaz (Grala) to test at Daytona very late, but he showed up and performed as though he had been preparing for the test for weeks,” said team principal Robby Benton.

“He had never even sat in the Huracán, and only had a little bit of experience on the track. But he adapted to the car really quickly, and had a very good feel for the changes we made during the test. Kaz also was a good fit with the team out of the car, and that is important for a race like this to have everyone work well together. We have a little bit of everything in this driver line-up, and I’m very happy to have these four guys. Kaz should fit right in.”

Grala got an early start to his racing career, moving quickly from a successful start in karting before moving to compete in Bandoleros and Legends Cars. Targeting a career in NASCAR, Grala has impressed at each stage of his development.

His second start in Late Model Stock Cars earned him a victory in the Banjo Matthews Memorial 150 at Hickory Motor Speedway, setting a new mark as the youngest-ever winner in UARA  (United Auto Racing Association) competition. His move to NASCAR K&N Pro Series East in 2014 saw him take second place at Dover Speedway as well as a Whelen All-American Series win at Caraway Speedway. His sophomore season of K&N competition saw him grow his top-five tally including a run to second place at Virginia International Raceway.

“I feel extremely fortunate to be joining Change Racing for my first Rolex 24,” said Grala, whose father Darius has three Daytona Prototype starts in the event. “This is the team’s first start in the 24, but with the record that Change Racing already has established racing with Lamborghini, it is clearly a successful group. With Spencer (Pumpelly), Justin (Marks), and Corey (Lewis), this driver line up is very accomplished and I hope I can learn a lot from these guys. The 24 has always been a dream of mine and it would be awesome to get a good start to the year with a strong result next weekend.”

The Rolex 24 At Daytona goes green at 2:40 PM ET on Saturday, January 30th and will be televised LIVE on FOX Sports 1.